Yesterday I stopped to pick up a few items at Target. You know – the big box store that markets itself as an upscale place where you can one-stop-shop. The store that does its level best to distance itself from Wal-Mart, its country bumpkin cousin. You know – Wal-Mart – the cousin that is so country and so bumpkin that it has spawned websites such as “People Of Wal-Mart.”

If you’ve ever been fortunate enough to land on the e-mail list of someone who gleefully forwarded photos of these interesting-looking-and-interesting-dressing people, or had the  cajónes to visit the site yourself, then I’m sure you understand why Target attempts to distance itself.  Hmmm . . . well, unless you’re country and a bumpkin, or better yet, one of the people in the photos . .  in which case, I have terribly digressed and need to move on). 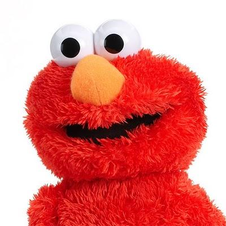 Come Get Yo Child!

When I got up to the registers I was treated to a fine spectacle. I actually heard him before I saw him – somebody’s 3-4 year old alarming the store with very loud screaming and crying.

You know the kind of “crying” I’m talking about: Not the “Oh! I just fell and hurt myself” or the “Oh! I’m afraid of that man from Wal-Mart” kind of crying, but the I’m- a-bad-little-brat-and-my-Mother-doesn’t-discipline-me-and–I-prove-it-every-time-she-takes-me-out-in-public-around-people-who-are-appalled-at-how-she-allows-me-to-throw-loud-temper-tantrums-and-bite-scream-and-kick-her-to-get-the-toy-or-candy-that-I-want kind of crying.

[A side note: I like to stare down the Mothers of kids like this. After all, since this is the means by which you allow your child to pull your puppet strings and have his/her way – why should I not stare at you until you’re ready to shrivel with embarrassment? Shucks, I want your son/daughter to get whatever it is he or she is screaming about so THEY CAN SHUT UP AND STOP THEIR VERBAL ASSAULT ON MY EARDRUMS].

“How White People Do”

Anyway, I joined the other appalled people in the line just in time to overhear a brief conversation between two ladies who formulate the same Mother/Daughter combo I make when I take my Mom to Target (Mother: wants to shop every aisle = stay in Target a minimum of three hours. Daughter: likes Target but does not like it enough to shop in there for three hours = will do it because she loves her Mother).

Mother (in pretty much the same disapproving tone my Mother would use): “That’s just a sin and a shame before God! Don’t make no sense; a child carrying on like that! Wish I could get my hands on his lil’ bad behind. I tell you what; you wouldn’t even know he was in here.”

Daughter (snorting as she thought about how she would have been picking herself up off the floor of Target’ if she had even remotely dreamed about behaving like that in public or anywhere else): “Hmpf. Mama, you know how White people do. They let their kids carry on like that.”

I snickered to myself in agreement, knowing that if my fiancé  had been present I probably would have had a field day. You see, we keep a running tally of what we call “The Things You People Do.”

My Mother (in a wary tone): “Does this mean we’re going to have to watch everything we say around him???”

Me (amused): “No! Y’all can say whatever you like. If we’re all gonna be family, then we’re not going to play the censorship game.”

My Mother (relieved): “Good. We don’t want to have to walk on eggshells around him and worry about what we say.”

Me: “Well, you won’t have to. Everybody can just be themselves and say whatever they want to say. He’ll just have to deal with it – just like I will. He can handle it.”

My Mother: “Well, I hope he doesn’t come here and pick up food with his bare hands instead of using a napkin or something. You know how White people do.”

At that point, the conversation ended . . . because I was laughing too hard.

“The Things ‘You People’ Do”

I waited until we went out to dinner before I told him. Sure enough, The Swirl Man had reached for some of the appetizer we ordered and used his hand instead of a fork. That night, “The Things You People Do” was born.

Fortunately, my guy has a great sense of humor and wasn’t offended in the least. In fact, we wound up having a great discussion about what we’d been taught and what we’d heard about other races. I won’t go into them here because I want you to think about the ones you’ve heard – or even said – down through the years.

So often the images we see on television, in movies, or in the news project certain races and ethnicities in a negative light. I swear it seems like every time the local news interviews witnesses to a crime or neighborhood happening, it’s as if they deliberately seek out individuals who I’ll describe as being “less than polished” or inarticulate.

Get Rid Of The Stereotypes

Sure, talking about “The Things You People Do” is amusing, but it’s hurtful when we allow ourselves to lock races of people into critical, judgmental, and stereotypical boxes.

Stereotypes are crutches that distance people from one another and, if left unchecked, can ultimately generate intolerance and even hate. Instead of resorting to the easy way out and attributing specific characteristics to certain groups of people, let’s keep an open mind and take people just as they are – one person at a time.

How bout we let that be, “The Things We People Do.”

I'm a native Louisianan currently living in Dallas, TX. I have a B.S. degree in marketing, an MBA and a PhD in higher education administration. I love writing and research, and also thoroughly enjoy reading and working out.

I am passionate about cultural/ethnic diversity and interracial relationships; so much so that my dissertation focused on these concepts. I'm a widow, and I started dating interracially a few years after my husband passed away. In addition to blogging about interracial relationships and social issues, we also provide a podcast available on iTunes, Google Play, Spotify, iHeart Radio, Sound Cloud and Stitcher.

Do you love vintage photos and history with your pop culture? Them come and join me and Podcast Co-Host Adrienne London Leach on Facebook at Facebook.com/TheSwirlWorld. If you love our military, come and show our warriors some love at Facebook.com/Military Swirl.

In The Swirl World we celebrate and elevate Black Women - mind, body, soul and spirit!™

This site uses Akismet to reduce spam. Learn how your comment data is processed.